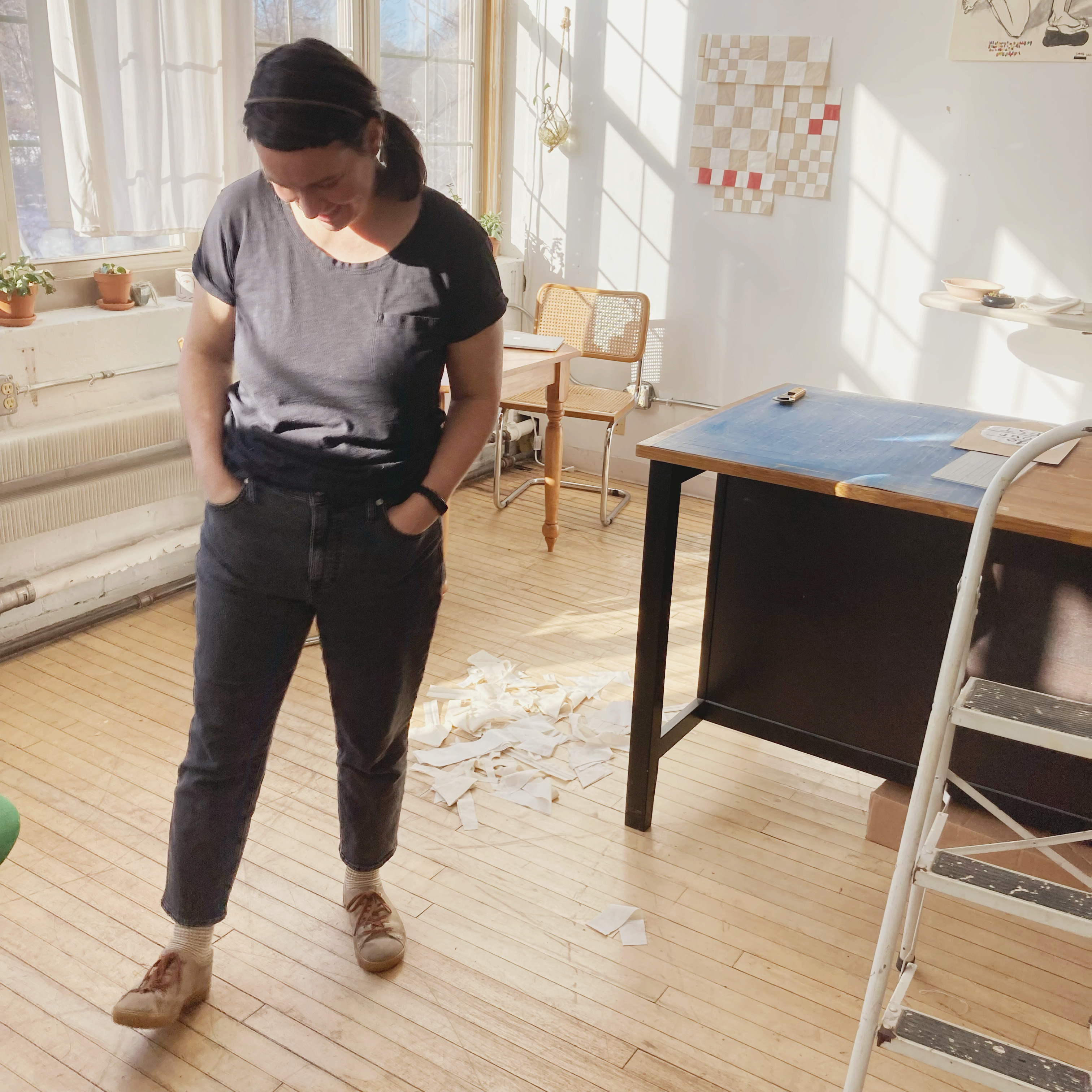 Ashley Brown Durand is an artist + designer from Northampton, Massachusetts. She creates work that is intentionally both personal and universal. Ashley is best known for her affirmation banners & flags, which, under the name Secret Holiday, she began making in 2010 as a way to encourage herself and push through creative struggles.

Her textile work draws upon her family history of quilting, as well as influences ranging from Louise Bourgeois and Eva Hesse, to the protest flags of the Woman’s Suffrage Movement, to diy punk & zine culture. Her pieces explore a range of genuine human emotions - some lighthearted, encouraging, comforting; others more complex, open-ended and deeply felt. In the many years since creating that very first It’s Ok banner, Ashley has made over 10,000 pieces, all by hand, encouraging people across the world with her gentle reminders and timeless positive affirmations.